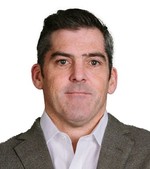 Chairman of the Board

Mr. Teets has served on the Board since 2015, and as Chairman of the Board since January 2019. Mr. Teets currently serves on the Compensation and Strategy Committees. Mr. Teets has served as a Partner of Red Mountain Capital Partners LLC, an investment management firm, since February 2005. Before joining Red Mountain Capital, Mr. Teets was an investment banker at Goldman, Sachs & Co. Prior to joining Goldman Sachs & Co. in 2000, Mr. Teets worked in the investment banking division of Citigroup. Mr. Teets currently serves on the boards of directors of Marlin Business Services Corp., Air Transport Services Group, Inc. and Yuma Energy, Inc. He previously served on the Boards of Directors of Affirmative Insurance Holdings, Inc. and Encore Capital Group, Inc. Mr. Teets holds a bachelor’s degree from Occidental College and a M.Sc. degree from the London School of Economics. 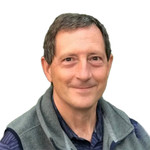 Mr. Kopf has served on the board since 2022, and currently serves on the audit committee. Mr. Kopf has held the position of Chief Experience Officer at REI since February 2021. Mr. Kopf joined REI in 2018 as its Chief Digital Officer. Prior to his senior leadership roles at REI, Mr. Kopf served as Senior Vice President, Customer and Digital Experience at Premera Blue Cross from June 2015 to September 2018. Mr. Kopf also held various positions at Alaska Airlines, Microsoft and Amazon. Mr. Kopf earned a Bachelor’s degree in English from Brown University and a Master’s degree in Writing from Johns Hopkins University. 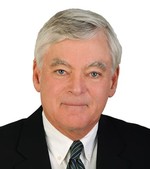 Mr. Mercer has served on the Board since 2010, and currently serves on the Audit Committee and as Chairman of the Governance Committee. Mr. Mercer served as Vice President Dealer Operations for Mazda North America from 2007 to 2009, as Vice President, General Counsel and Secretary for Mazda North America from 2002 until 2007, and as Senior Vice President, Government and Industry Relations, and General Counsel and Secretary for Volvo North America for approximately 20 years prior. While at Mazda, Mr. Mercer was a member of its Executive and Audit Committees, and was also responsible for Internal Audit. He has been elected to several corporate and charitable boards, and currently serves as Chairman of the Board of Chancellors of the Mountain Valley Chapter of the Juvenile Diabetes Research Foundation (JDRF), and is also Secretary, and a member of the Board of Directors of the Joseph James Morelli Legacy Foundation. Previously, he was a member of the Board of Visitors of Duke Health, and was President, and a member of the Board of Directors of both the Mountain Valley Chapter of JDRF, and the Orange County, California Chapter of JDRF. Mr. Mercer received his J.D. from University of Maryland School of Law in 1976 and his B.A. from Duke University in 1973. 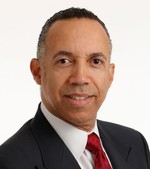 Mr. Moorehead was appointed as the Company’s President, Chief Executive Officer effective October 1, 2018. Mr. Moorehead brings more than 25 years of experience in the retail consumer products industry, most recently as Chief Executive Officer of Carlisle Etcetera LLC, from 2015 through 2018. From 2013 through 2015, he served as Chief Executive Officer of Dana Beauty, Inc. From 1991 to 2013 he served in various capacities at Avon Products, Inc., including, among other positions, as VP, Strategy and Digital, for North America, President and Chairman of Avon Japan, and President of Avon Canada. Mr. Moorehead received his Masters of Business Administration in Marketing and Finance from Columbia University and a Bachelor of Arts in Economics and Marketing from Boston College. 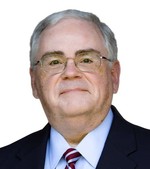 Mr. Moss has served on the Board since May 2018, and currently serves on the Compensation Committee, the Risk Management Committee and as Chairman of the Audit Committee. Mr. Moss served as Chief Financial Officer of Hanesbrands Inc., a leading Fortune 500 apparel company, from October 2011 until October 2017, after which he served in an advisory role at Hanesbrands until his retirement on December 31, 2017. Prior to his appointment as Chief Financial Officer, Mr. Moss led several key financial functions, including treasury and tax, at Hanesbrands from 2006 to 2011. From 2002 to 2005, Mr. Moss served as Vice President and Chief Financial Officer of Chattem Inc., a leading marketer and manufacturer of branded over-the-counter health-care products, toiletries and dietary supplements. Mr. Moss currently serves on the Board of Directors of Winnebago Industries, Inc., a leading U.S. recreational vehicle manufacturer. Mr. Moss received a B.A. and an M.B.A from Brigham Young University. 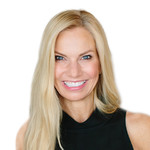 Ms. Roering has served on the board since 2022, and currently serves on the audit committee. Ms. Roering held various leadership positions at CorePower Yoga from 2014 to 2020, including Chief Commercial Officer and Chief Marketing Officer. Prior to joining CorePower Yoga, Ms. Roering held director and vice president level positions at several companies including Gap Inc, Visa International, Hotwire.com, and Addis. Ms. Roering earned a Bachelor’s degree in psychology from Stanford University and an MBA from the Fuqua School of Business at Duke University. 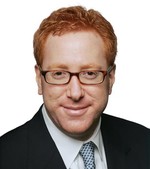 Mr. Straus has served on the Board since June 2017, and currently serves on the Governance Committee and as the Chairperson of both the Compensation Committee and Strategy Committee. Mr. Straus is a Portfolio Manager at Wynnefield Capital Management, LLC, an investment management firm, since April 2015. Prior to joining Wynnefield Capital, Mr. Straus served as Managing Director or Senior Analyst at several investment banks over nearly 20 years, including Gilford Securities, MCF, ING Barings and Furman Selz. Mr. Straus currently serves as a director of S&W Seed Company (NASDAQ: SANW) since January 2018, a global agriculture company with its primary activities in alfalfa seed, hybrid sorghum and sunflower germplasm and stevia. Mr. Straus is a member of the Board of Directors of one private company, MK Acquisition LLC - an authentic mountain lifestyle apparel brand founded in Jackson Hole Wyoming since May 2015; he also served on the Board of Directors of Hollender Sustainable Brands LLC - a female sexual wellness consumer brand with its headquarters in Burlington, VT and an office in New York, NY and B Lane, Inc. dba Fashion to Figure - a women’s apparel plus-size omnichannel retailer based in New York, NY. Mr. Straus received his B.S.B.A. from the University of Hartford and M.B.A. from Bentley College. 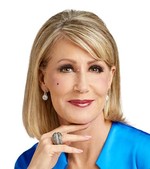 Ms. Wissmiller has served on the Board since July 2020, and currently serves on the Audit, Risk Management and Strategy Committees. Ms. Wissmiller served in multiple C-suite positions for Rodan + Fields from 2014 to April 2019, including chief growth officer and chief operating officer of global field sales and operations. Prior to Rodan + Fields, Ms. Wissmiller was the CEO for Micro Analytical Systems. She previously served in various senior leadership roles with globally recognized companies, including PepsiCo, E & J Gallo Winery and Nabisco. 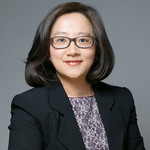 Ms. Wu has served on the board since September 2021, and currently serves on the Audit and Risk Management Committees. Ms. Wu is the Deputy CFO of Fosun, a position which she has held since June 2021. Ms. Wu joined Fosun in 2017, holding various positions prior to her current role. Prior to joining Fosun, Ms. Wu served as a partner in the audit function for KPMG Huazhen LLP Shanghai Branch. Ms. Wu earned a Bachelor of Economics degree from Shanghai University of Finance and Economics.